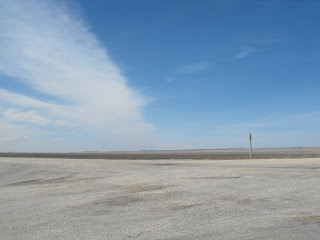 It has been an interesting journey. Beautiful sites. Lovely people. Interesting insights. Shifting perspectives. Time alone. Time spent experiencing the moment. The past. The present. The gifts of every moment.

And in it, the realization -- it isn't about 'finding my father', my father has always been there. Present as only he could be.

The mysteries still abound and in some ways are even thicker, more dense because of my searching.


My father's school records, at least from one year, still exist. They show an 11 year old boy who entered the school and in the first semester did abysmally. Last in his class on marks. The next semester, he's climbed to fifth in his class. A remarkable feat for one so young, the teacher who gave me a copy of the record told me. Most unusual. 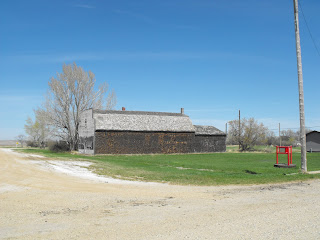 And on the sheet, a note of the presence of his father. Residence, Mazonod. A small, now derelict, town ten kilometres from Gravelbourg. My father never mentioned his father was close by. He always said he was there alone. Is it possible his memories were fickle. Faulty.

Memory is like that. Fleeting. Fuzzy. Fickle. Faulty. Of the moment, memory loses clarity in moments past, moments passing, by, onward, forward, away from a time where experience clouds our perception of what is really happening.

For my father, a young boy torn from foreign soils, it must have been terrifying to stand on prairie lands after the gritty streets of London. To stand beneath soaring skies where during the day the sun shines fiercely bright and where at night, the stars glitter in sparkling splendour. The skies would have been different in London. Cloudy. Foggy. Softer. The night less resplendent of stars. 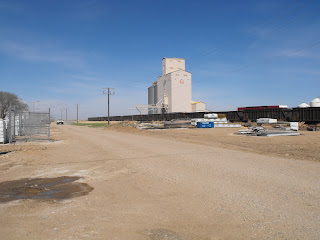 The shift, from city life hemmed in by bricks and mortar to farmlands stretching for miles all the way into tomorrow.

From bustling city streets going places you can name with the familiarity of childhood nursery rhymes to dusty country roads leading from nowhere you've ever heard of to places you've never imagined.

The change, from a mother's home to a place far away with a man who'd 'run away' when the marriage had broken down.

Were there fights? Arguments. Bitter words spoken in the breakdown of his familial home?

Was there animosity? Anger? Pain?

It is possible we will never know what really happened, but in the happening of searching, I found myself, again, in that place where I am at one with the One. At peace with the moment. At rest with the happenings.

I 'know' no more of my father than I did, but I 'know' so much more of who I am, of where I came from, of who he was than I ever imagined.

All is well with my world. Past and present. The future is yet to be lived.

As suggested by Maureen at Writing without Paper who posted a beautiful poem today. A Higher Moral Ground and subbmited it to Tuesdays Blog Carnival, I too have shared at Tuesday's Blog Carnival over at Peter Pollock's place.

The word for today is: Road.

I didn't know that until after I'd written my post -- but it is appropriate that I wrote of being on the road, of life, of searching, of travelling, of finding, of being...

To read other fabulous writings on ROAD (and some great photos too) visit Blog Carnival -- HERE.
Posted by Louise Gallagher at 8:40 AM

the connections, as you imagine them, are valuable

BUT, I think something else is happening - something those of us with Saskatchewan on our birth certificate can attest - there is magic being in the heart of farm country in the spring, where sun warms the soil, calves bounce along on spindly legs, planting begins . . . morphing into mid-summer heat where standing in a waving field of grain is like no other feeling I've ever known, and culminating in the fall, as harvest ends and the land rests for another winter - and then another spring wakes our imagination

So true Mark -- there is magic here. Vast and sprawling. Deeply rooted in the rich dark soils of this land that captivates and expands -- horizons, views, perspectives.

It truly is beautiful.

And PS -- I tried emailing to thank you for the shoutout but it just won't go through!

thank you my friend. You are special.

I think you have truly been on a 'search for self'. (When I had small children, I considered where the best place to take them to keep them safe might be in case of nuclear attack and I considered Saskatchewan until I found out about all their big industry. Looks quite isolated here.)

Do offer this for the Blog Carnival today. The searcher's journey is a long road to travel and only sometimes, it seems, do we find the end we want.

I also know almost nothing of my father's background. He was a first-generation American orphaned at age 4, son of a Greek father and Irish mother. That's all I know.

Jean -- so true. This search for my 'self' began within me long ago.

and yes -- isolated it is tucked down in the south east corner of the province -- there is an amazingly beautiful Cathedral -- I'm sharing photos of the interior tomorrow and stunning architecture abounds all around.

Maureen -- I got chills reading your comment -- the commonality of little known about our fathers most affect our worldview, our sense of self in the world today -- a wonderful conversation to have over a glass, or two, of wine I think! A commonality I think we share with our friend Joyce as well!

A long journey indeed. But what a blessing to realize we can learn to know our Father even if we never knew our fathers.

I was granted the gift of knowing my father well and pray that in some small way I might have introduced him to my Father as well.

As long as the journey leads us home to truth.

very nice write Louise
I agree with Trisha as well!

Your recognition of what you are finding in, of and from yourself in this journey is resplendent. I have found seeds of power in me of those I have known but didn't know well enough, and those seeds grow into what is me and also them over time. I love it!

Louise,
Good to read these words here about your search...good to know you...

I am glad you found peace in the answers provided to you. To achieve such a radical change in his school grades showed that he had grit and determination to better himself. You come from good earthly roots and excellent heavenly genes as well. 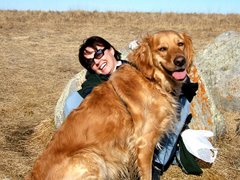 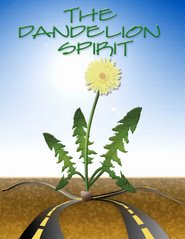 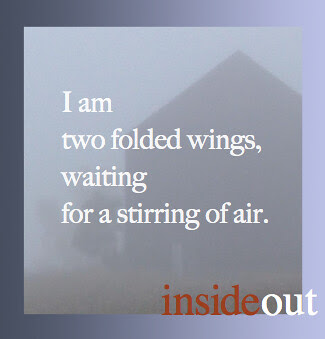